If you’ve been arrested for an Alabama DUI the law allows you only 10 days to request a hearing before the Alabama Department of Public Safety to save your driver’s license, that’s why it’s important to contact an experienced Alabama DUI attorney right away.

Alabama DUI law, like the DUI laws of many other states, includes both a criminal case and a Department of Public Safety driver’s license case following an arrest for Alabama DUI. Since every Alabama DUI / DWI arrest triggers two separate cases, it is URGENT that you speak to an Alabama DUI defense attorney right away if you’ve been arrested for drunk driving in Alabama. You may contact a qualified local DUI defense lawyer by calling toll-free: 1.800.DUI.LAWS.

URGENT: If you’ve been arrested for Alabama DUI, the law allows only 10 days for your lawyer to make a request with the Alabama Department of Public Safety for a hearing to save your Alabama Driver’s License. Please contact an Alabama DUI defense lawyer immediately FOR A FREE CONSULTATION at 1.800.DUI.LAWS to save your driver’s license if you or someone you care about has been arrested for an Alabama DRUNK DRIVING OFFENSE.

Alabama DUI / DWI charges can be prosecuted under one (or both) of two theories. First, Alabama DUI charges can be brought against someone who is under the influence of alcohol or drugs. Being under the influence of alcohol or drugs refers to a person whose physical or mental capabilities are impaired by an intoxicant. It relates to the driver’s impaired ability to drive a vehicle in Alabama.

Alabama DUI arrests can also be based on violation of Alabama’s per se laws, making it a crime to drive with a blood alcohol level (BAC) of .08% or higher. This type of Alabama DUI charge can be brought whether or not the person is actually impaired. Violating Alabama’s per se limit of .08 means that the prosecution can be based only on body chemistry, and have nothing to do with the way the person is actually driving their car.

Alabama DUI law does not require that the person be caught driving the car! Alabama is an “actual physical control” state, which means that under Alabama DUI law, just being in the car may be good enough for police. Actual physical control is the exclusive physical power, and present ability, to operate, move, park, or direct whatever use or nonuse is to be made of a motor vehicle at the moment, as determined by the totality of the circumstances. For instance, a person who meets one of the above conditions and who is asleep in, or simply sitting in, a motor vehicle may be guilty of DUI, DWI, or drunk driving.

Alabama DUI law creates additional punishment and penalties for anyone that refused to take a chemical test of their blood, breath, or urine following their lawful arrest for drunk driving in Alabama. A refusal to test carries with it a 90-day driver’s license suspension, with no chance at a restricted license during that time. The prosecutor will also try to use your refusal to test against you in the criminal court case, arguing under Alabama DUI law that this is the consciousness of guilt. A skilled Alabama DUI defense attorney will be able to rebut these arguments, as there are many reasons why an innocent person might refuse these drinking and driving tests.

Alabama DUI penalties have increased dramatically over the years. The sentencing range, and whether the offense will be a misdemeanor or a felony, is based on the number of prior DUI or drunk driving convictions.

The first DUI conviction in a person’s lifetime is a misdemeanor. Upon conviction, the defendant may be given a sentence of up to 365 days in the county or municipal jail and a fine between $600 and $2,100. The DUI defendant will also be ordered to attend a court-approved substance abuse program and he will have his driver’s privilege suspended for 90 days.

Alabama’s “look-back” period for DUI laws is 5 years. This means that if a person has only one prior DUI, and the day that he is convicted of his second DUI is more than 5 years after the date of conviction for his first DUI, he will be sentenced within the range of punishment as a first offender. However, if the second DUI conviction is within 5 years of the first conviction he will be punished as a second offense.

A second DUI within 5 years of the first is a misdemeanor with a jail term of no less than five days and up to 365 days in the county or municipal jail. A court may allow a defendant to perform 30 days of community service in lieu of the required five days imprisonment. On a second conviction, the accused will be fined between $1,100 and $5,100, his license will be suspended for 1 year, and he will be required to attend a court-ordered treatment program.

A third DUI conviction within a person’s lifetime is also a misdemeanor. Upon conviction, he will be sentenced to no less than 60 days and no more than 1 year in the county or municipal jail. The accused shall be fined between $2,100 and $10,100, have his driver’s license suspended for 3 years, and shall be required to complete a court-ordered alcohol treatment program.

The fourth DUI, or subsequent, DUI is a Class C felony. A person convicted of felony DUI will be sentenced to no less than one year and one day and no more than 10 years imprisonment. He will be fined between $4,100 and $10,100 dollars, and have his driver’s license suspended for 5 years. The accused will also be required to attend a court-approved substance program.

Other DUI penalties include an ignition interlock device, which is a breath-testing machine attached to the steering wheel of your car, and prevents it from being started or driven when there is any measurable amount of alcohol in your body. If you or someone you care about has been arrested for Alabama DUI, please contact a lawyer at once. 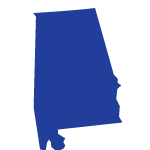 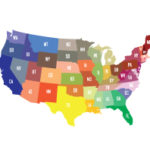