In Kentucky, drunk driving cases can be brought even if there is no impairment to a person’s driving, due to the per se laws. These laws criminalize driving based upon the science of blood or breath alcohol testing and being above a certain level, even if there is nothing whatsoever wrong with the way the person is driving. can result in criminal penalties. That’s why it’s important, if you’ve been arrested in Kentucky, to contact an experienced lawyer right away.

Kentucky DUI cases can be charged in two different ways: either violating the law prohibiting driving under the influence of alcohol (or other drugs), which relates to a loss of one’s physical or mental faculties as the result of drinking; or by violating Kentucky’s per se law, simply by driving with an alcohol level of .08% or more. (For drivers under the age of 21, the limit is .02%.)

Now, drunk driving cases can be brought even if there is no impairment to a person’s driving, due to the per se laws. These laws criminalize driving based upon the “science” of blood or breath alcohol testing, and being above a certain level, even if there is nothing whatsoever wrong with the way the person is driving.

Any non-Kentucky driver’s home state licensing agency (DMV, DPS, etc.) will receive notice from the Kentucky Department of Transportation if any license suspension or case disposition (conviction or plea) occurs in Kentucky and the non-resident’s license is involved. In almost all cases, a guilty plea or guilty verdict in a DUI in Kentucky will cause a suspension to occur in the non-resident’s home state. A “not guilty” verdict or other non-DUI disposition of the case will prevent such consequences. These suspensions can be lengthier and reinstatement more onerous. This puts a premium on winning the case or obtaining a non-DUI disposition.

PRACTICAL TIP: No other penalties established pursuant to the Kentucky DUI statutes shall be imposed, such as jail and the $250 service fee. This type of DUI cannot be used for enhancement purposes. If the alcohol concentration in the under-21 driver is above 0.08, the driver is exposed to the same penalties as an adult.

The aggravating factors are:

Mandatory minimum jail sentences for a DUI with an aggravating factor are:

If you are operating or in physical control of a motor vehicle anywhere in Kentucky, you are deemed to have given your consent to one or more tests of your blood, breath, or urine for purposes of determining alcohol concentration. This is called the implied consent law.

At the testing site, at the time a chemical test is requested, you shall be informed that:

If you submit to the requested tests, you have the right to a test or tests of your blood performed by a person of your choosing within a reasonable time and at your expense. You must be advised of this right and specifically asked, “Do you want such a test?” Remember you must submit to all requested police chemical tests, except a portable breath test, before you have the right to an independent test.

Right to a Lawyer

Kentucky drunk driving law is unique in one key respect: If arrested for DUI, you now must be afforded an opportunity to attempt to contact a lawyer. The opportunity is for not less than ten minutes or more than 15 minutes during the observation period prior to a breath test or at the hospital prior to blood or urine testing. Failure to contact a lawyer during this time does not excuse you from the obligation to take the chemical test. 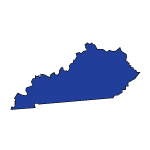