South Carolina has post-conviction driver’s license suspensions and restrictions like most states. However, for those arrested for DUI in South Carolina with a blood alcohol content of .08 or greater, there are pre-conviction licensing actions. Your license can be suspended for up to 60 days, even before your trial. That’s why it’s important if you’ve been arrested for a DUI to contact a skilled SC DUI attorney in your county right away to protect your rights.

South Carolina DUI law declares it unlawful to operate a motor vehicle while under the influence of alcohol and/or legal or illegal drugs, or a combination thereof. In order to be convicted of South Carolina DUI, the prosecutor must prove, beyond a reasonable doubt, that a person’s mental and physical faculties are materially and appreciably impaired due to the ingestion of alcohol that the person cannot operate a vehicle safely on the roads of South Carolina.

DUI law provides for enhanced punishment for those with a blood or breath alcohol level (BAC) of .08% or higher. Multiple offenses also trigger enhanced punishment pursuant to South Carolina drunk driving laws. Repeat SC DUI offenders are those who are arrested for drunk driving more than once every 10 years. Drunk driving law mandates that a fourth-offense DUI conviction will be treated as a felony and the law does recognize convictions from other states.

TAKE NOTE: Generally, South Carolina has post-conviction driver’s license suspensions and restrictions. However, for those arrested for DUI in South Carolina with BAC’s of .08 or greater, there are PRE-CONVICTION licensing actions. On a first-offense DUI, the license is suspended for 30 days. On a second offense DUI, it is suspended for 60 days. Restricted driver’s licenses are available, but it is critical that you contact a qualified DUI defense lawyer right away if you are arrested for South Carolina drunk driving and give a chemical test of .08% or greater.

Any person driving a vehicle in South Carolina is considered to have given his or her consent to submit to a breath test or a blood or urine analysis to check for the presence of alcohol or drugs or a combination of both. This means that if arrested for a DUI, the suspected drinking driver is to give a sample for chemical analysis. If a driver is stopped and ultimately charged with driving under the influence, the arresting officer must warn the driver that he or she has the right to refuse to take the test. In addition, the officer operating the breath testing machine must advise the driver that he or she has the right to a blood or urine test whether or not the driver submits to the breath test. The driver who requests an additional test must pay for the requested test or tests. The arresting officer is also required to provide the driver with “affirmative assistance” in obtaining the additional tests. For example, if the motorist requests a urine test, the arresting officer is required to transport the driver to a medical facility that performs urinalysis.

South Carolina is quite innovative in one aspect of its DUI law: South Carolina is the only state in the nation with mandatory videotaping by the arresting officer of the DUI arrest and breath test. The videotape is the most accurate, honest, representation of what happens in the field and at the police station following a South Carolina DUI arrest.

The law requires that the tape begin no later than the activation of the officer’s blue lights and conclude after the arrest of the person for DUI and must include the person being advised of his/her Miranda Warnings if required by state or federal law before any field sobriety tests are given. The failure to read the rights on tape can result in the suppression of the videotape.

The videotaping at the breath site must be completed within three (3) hours or the breath test will be subjected to suppression. The breath site video must also include the reading of Miranda and the entire breath test procedure; i.e., the reading of the implied consent warning, checking the mouth, waiting 20 minutes, informing the defendant of the videotape recording, and letting the defendant know he or she can refuse the test.

If there is no way to videotape the proceedings, the officer must fill out a sworn affidavit certifying that it was physically impossible to videotape this waiting period. The arresting officer may administer the breath test if he is certified and the 20-minute observation period is videotaped.

If videotaping by law enforcement is not conducted pursuant to statute when it could have been (i.e., if law enforcement does not do it and could have done it), then the case can be dismissed. However, if the proper affidavits are filed explaining with sufficient reasons why the videotape of the DUI arrest was not available, then failure to videotape is excused.

If you are convicted of a first offense DUI in South Carolina, you are subject to a fine of $400.00 or imprisonment for at least 48 hours. However, a person convicted of first-offense DUI could have to serve up to 30 days in jail. However, instead of being imprisoned for a minimum of 48 hours, judges have the discretion to impose sentences of 48 hours of public service. In order to retain your license after a DUI conviction, a person must obtain SR-22 insurance for a period of 3 years.

For a conviction of second offense DUI, a person can be fined a minimum of $2,000.00 up to $5,000.00 and imprisoned for at least 5 days or up to 1 year. The fine cannot be suspended to an amount less than $1,000. Again, a judge could order a person convicted of second-offense DUI to at least 30 days of public service instead of serving time in jail.

A conviction of third offense DUI carries a fine of at least $3,800.00 and could be as much as $6,300.00. In addition to the fine, a person will also be imprisoned for at least 60 days up to a maximum of 3 years. If a person is convicted of a fourth offense or more, then the offender will be sentenced to prison for a minimum of one year and could have to serve up to 5 years. This is considered to be a felony DUI.

Ignition Interlock devices may be ordered for all available vehicles (meaning registered to those convicted of DUI or titled in family members’ names) for a time to be determined by the court.

If a person is convicted of felony DUI for causing great bodily harm to another, he or she is subject to a mandatory fine of at least $5000.00. However, a fine of up to $10,000.00 could be imposed. In addition to the fine, there is mandatory imprisonment of at least 30 days in jail, and that sentence could be increased up to 15 years. A person convicted of felony DUI when that person has caused the death of another is subject to a mandatory fine of between $10,000.00 and $25,000.000. Additionally, that person must be imprisoned for at least 1 year and could be sentenced to 25 years in prison. 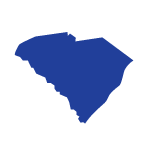